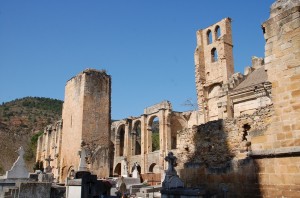 One of the things the Languedoc region has been known for is its spa towns, with settlements and towns building up around the natural springs with their healing minerals. There are many hot springs, created by geological activity under the Pyrénées heating the underground water.

The nearest of these is Alet-les-Bains, 20 minutes away. Also the site of a fascinating ruin of an ancient monastery, the thermal spa here was discovered by the Romans over 2000 years ago. As well as the thermal spa, Alet is known for its mineral water, bottled here since the 19th century.

Another Roman spa is 24 minutes away. Rennes-les-Bains offers the opportunity to venture out into the river and experience the naturally warm spring waters running over you. There is also a swimming pool and spa complex here which is open to the public. Unfortunately the old ‘Bains Forts’, traditionally used as a washing place, have been closed, leading to the local joke that the town should now be called ‘Rennes-sans-bains’.

About 50km from Quillan, the spa at Molitg appears in the historical record in the 11th century. Today, there is a modern spa treatment complex with a swimming pool.

A little over an hour’s drive away, Ax-les-Thermes is well-known for its sulphurous hot springs (there are over fifty of them) with temperatures up to 78°C. Again in use since Roman times, by the 19th century a significant tourism industry had built up around the spa.

Other thermal springs and spas within an hour-and-a-half or so’s drive include:

« Tourist info.
‘The Chaos’ – a poem of English pronunciation » 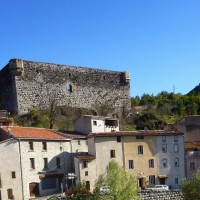 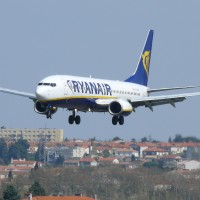 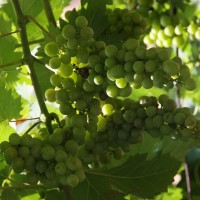