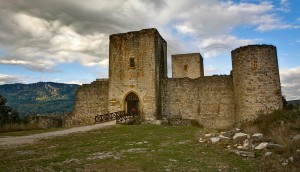 The castle at Puivert is our nearest Cathar castle, just over 15 minutes away

Depending on your definition of ‘Cathar castles’ you might claim anything from the five ‘sons of Carcassonne’ to the 17 or so ancient castles that lie in the ‘Pays Cathar’ (Cathar lands). The castle at Carcassonne itself is probably the best-known of the region, but there are many others worth seeing.

Our closest castle is Puivert, just over 15 minutes away from Chateau View by car. The castle, looming high above the village and lake of the same name, has stunning views from the top of its square keep.

Although there has been a castle on this site from at least the 12th century, the current castle’s origins are in the early 13th century, with the bulk of what remains being built in the 14th century. The castle has been turned into a museum with some interesting displays in some of the rooms. 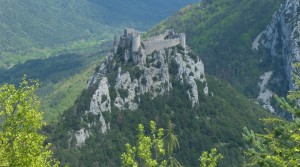 Puilaurens castle is one of the nearest of the Cathar castles, just 25 minutes away

Just 25 minutes’ journey is Puilaurens. It first appears in the historical record as a possession of the Abbey of Saint-Michel-de-Cuixà in 985AD.

The most southern castle in France, it was a key fortification on the border between France and Aragon, and changed hands more than once. At an altitude of over 700 metres, it looks down on the village of Lapradelle. 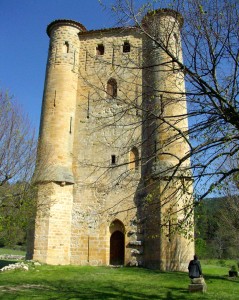 The Donjon d’Arques is one of our nearest Cathar castles, just 25 minutes away.

Also about 25 minutes away by car is the great tower of Arques.

The intact 25m-tall square keep was built after the Albigensian Crusade in the 13th century and is a masterpiece of Gothic military architecture.

Map of the castles

A Google map covering some of the nearby ‘Cathar castles’ can be found here.

There is a video clip available showing footage of Puilaurens (25 minutes), Queribus (50 minutes) and Peyreperteuse (just over 1 hour) castles. 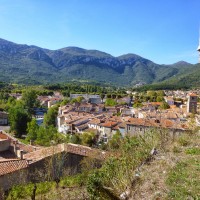 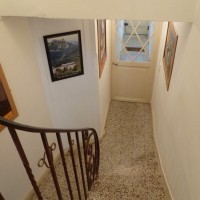 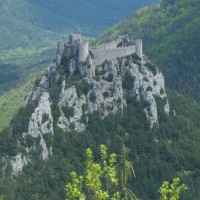 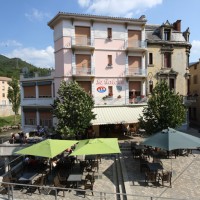